Sunday, July 5th, in the gorgeous scenario of Villa Pamphili in Rome, the Youth Orchestra “Sanitansamble” performed a show directed by Maestro Paolo Acunzo, with an extraordinary Peppe Barra as testimonial. Huge success, great joy for the young musicians and an enthusiastic public. Among those who participated to the show there was John Muiruri, a Kenyan intellectual and social worker who works with street kids in Nairobi and kindly accepted to comment on what he witnessed:

“I enjoyed very much a show by the Sanitansemble, a group of young people and the care of the organization Pianoterra. It had been a long long time since I enjoyed a show so much, I guess the last time was at the Teatro Briciole di Parma five years ago when we did the “Duala la chaki”, a show based on the “Caucasian chalk circle” (Brecht) directed by Letizia Quintavalle and performed by a group of girls from Nairobi who were undergoing a transformation programme with AMREF. A great show indeed, whose corner stones were built from previous blockbusters like “Amore buono” and “Pinocchio nero” directed by Marco Baliani and performed by an amazing group of twenty street boys from Nairobi. The premier was at the Globe Theatre and so the show at Villa Pamphili reminded me very much about my first encounter with art made in Italy. However the striking similarity is in the background of the children. The children from Sanità in Naples and the children from Kawangware spoke to me the same language, the language of ability, talent, and opportunity and “yes we are here, yes we can do it”. It is true they can do it if only given an opportunity. An opportunity they have gotten and true to their dreams, they did not let the audience down. The entire period the Ensemble kept the audience fixed, attentive and happy. I cannot remember the last time I sat back and enjoyed a show without worrying that something will go wrong. One interesting thing is that in the duration of the entire show I just wept tears of joy and connection, I felt so connected to the performers. I am not a jazz classic music enthusiast but the presence of the children on stage, knowing their backgrounds and what they go through on daily basis, made me become so emotional because in their performance I saw hope. I realized that their dreams were really valid and here in front of all this huge audience it was being acknowledged that they are on their path out of the shackles of poverty, crime, domination and manipulation which we all know happens in areas where disadvantaged groups reside. I felt very encouraged and thanked God that I was part of the audience that witnessed this young boys and girls achieve their goal”

This site uses Akismet to reduce spam. Learn how your comment data is processed.

A few of our projects 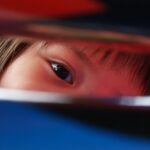 You can find out more about which cookies we are using or switch them off in settings. By closing the banner you refuse to accept cookies.

This website uses cookies so that we can provide you with the best user experience possible. Cookie information is stored in your browser and performs functions such as recognising you when you return to our website and helping our team to understand which sections of the website you find most interesting and useful.

If you disable this cookie, we will not be able to save your preferences. This means that each time you visit this website you will need to enable or disable cookies again.

This website uses Google Analytics to collect anonymous information such as the number of visitors to the site, and the most popular pages.

Enable strictly necessary cookies so we can save your preferences!